The Siberians Developed an «automatic» audio guide for the Gorniy Altai 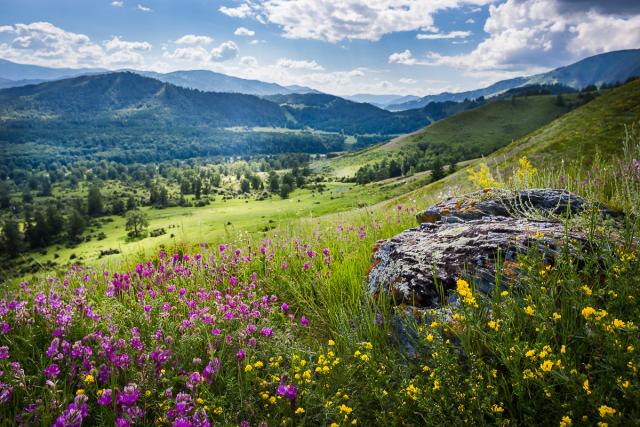 Novosibirsk travel company «Saicol Travel» together with the staff of the National Museum named after Anokhin (Gorno-Altaisk) have developed an audio guide to the sights of the Gorniy Altai, which automatically turns on when the traveler passes a historical place.

According to the idea of the creators, while coming to an interesting location of the Mountain Altai, a tourist can turn on the guide and learn something new about the history of this place, related legends, etc. Tracks can be turned on automatically as soon as the device, on which the application is installed, reaches the place that has the recorded story.

The Gorniy Altai audio guide contains over 90 stories about different places and sights in the region. The total duration of the recordings is 14 hours and 20 minutes. Each story of the guide has been arranged in the format of an audio play.

According to Saniya Shkarban, the project manager, researchers from the National Museum named after Anokhin (Gorno-Altaisk) were involved in copywriting. They know everything about the Gorniy Altai from ancient history to the peculiarities of Altai cuisine.

«Behind each of the stories lies the work of many consultants: first we received the idea from the museum, then the author wrote the text; it was discussed by the team, sent for approval to the museum which consulted with archaeologists,» Shkarban said.

The project manager also says that in addition to the Russian version, the English version of the audio guide is also available.

In order to use the «automatic» audio guide, you need to download the IZI.Travel application on your smartphone and select «Altai. Saicol audio guide«.